It’s hard to imagine the iconic show taking place anywhere other than the upper east side, however, the announcement of a Gossip Girl reboot has got us thinking about all kinds of amazing new possibilities. For one, what would the show have been like had it taken place right here in the emerald city? In the original show, the girls attend St. Constance Billard, a private school for girls. The boys attend St. Jude’s, a neighboring boys school. Seems a lot like two high schools we have right here in Seattle!

2. Blair would sit on the steps of MoPop rather than the Met steps

While it may not be as notorious as the Met, MoPop provides the perfect backdrop for Blair to reign over her minions. 3. Dan and Jenny would be from Capitol Hill or West Seattle a.k.a the SLUMS

And by slums, we mean super cool, awesome neighborhoods (like Brooklyn). They’d probably live in a dingey little loft too. Like this one, which rents for a mere $3100 a month. 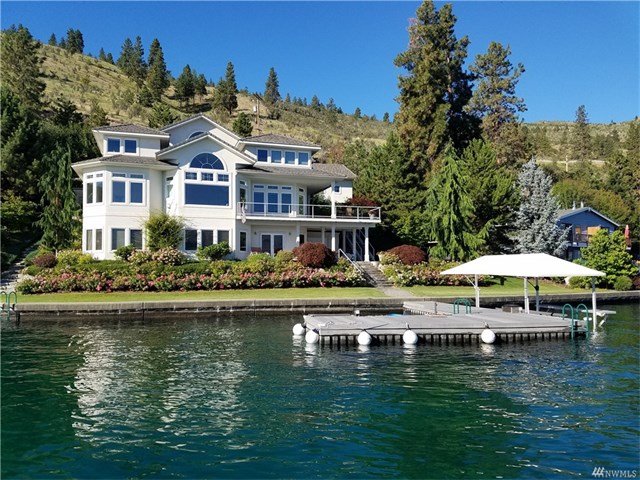 4. Instead of spending summers in the Hamptons, they would all have lake front vacation homes in Chelan.

We know that there would be some serious “chelaningans” happening if the crew spent their summers on this lake. Who needs the Hamptons anyway!?! 5. Dan and Blair would attend Cornish School of the Arts instead of NYU

So… yeah! Gossip Girl could totally take place in Seattle. Whether or not it would be better is a matter of personal opinion (although we think that everything is better with a little Seattle in it). Comment below what else you think would be different if Gossip Girl took place in the Pacific Northwest! And… catch up on all your favorite shows, right here on CW11.